A bearded, long haired, one-eyed man is hanging by a noose from the limbs of a massive tree. It is set in a bleak, wild and wind-swept landscape. It is Yggdrasil, the world tree. A spear pierces him in the side and he cries out. The hanged man is Odin who has sacrificed himself to himself in a search for wisdom. Day turns to night and two ravens land on the branch and peer into his face. Stars blaze in the sky above him. As he hangs he imagines himself in a great Viking hall eating meat and drinking from a horn but opens his single eye to find himself still hanging, hungry and thirsty in the tree. He hangs there for nine days and nine nights. Peering down into the darkness he sees warriors talking and pacing around camp fires. Suddenly Odin cries out and the noose breaks and he falls to earth. Rising he holds out his hands which contain the runes. He calls out to the assembled warriors, "I am Odin, the all-father and I have discovered the secrets of the runes by offering myself as a sacrifice to myself." The warriors bow down before him. 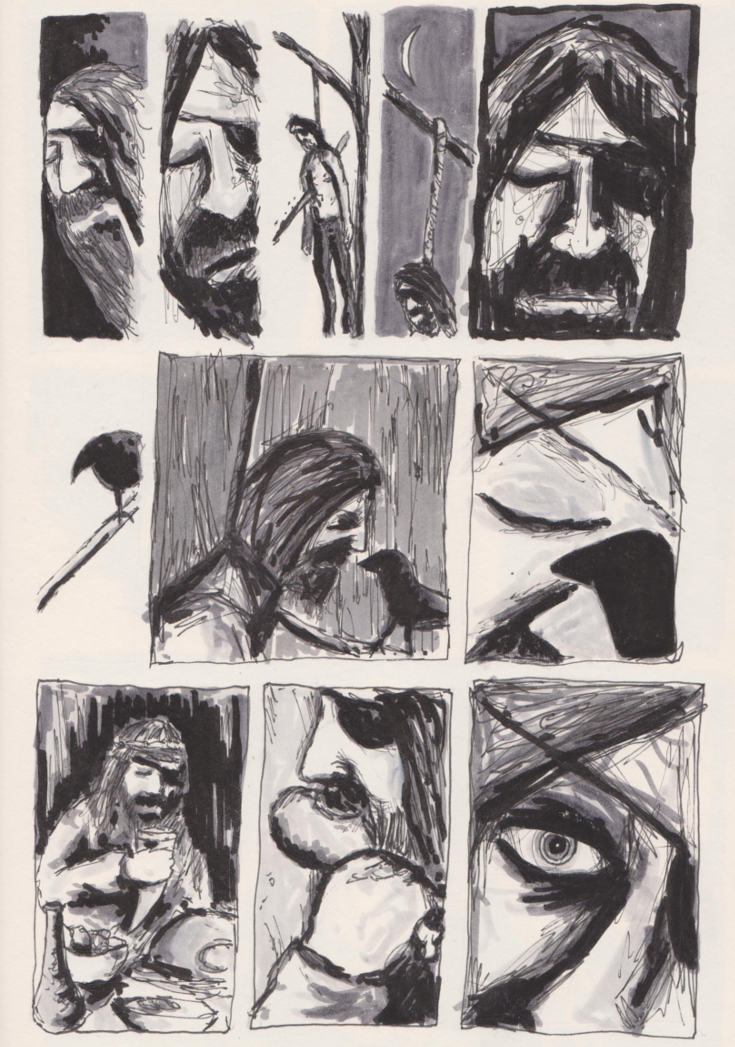 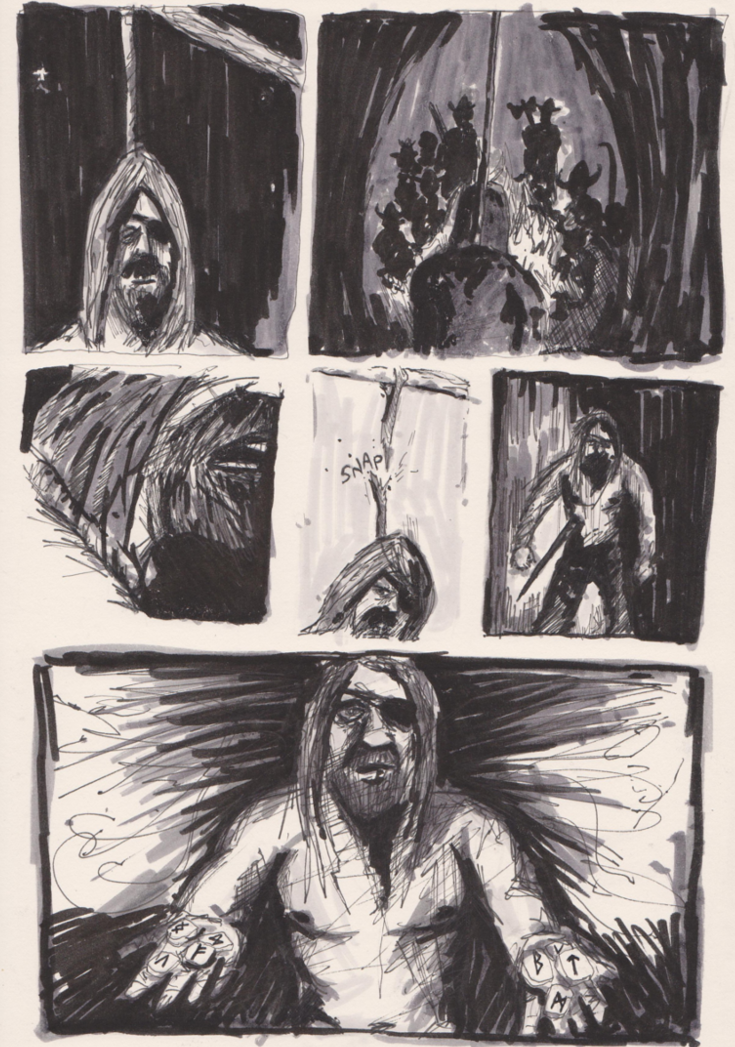