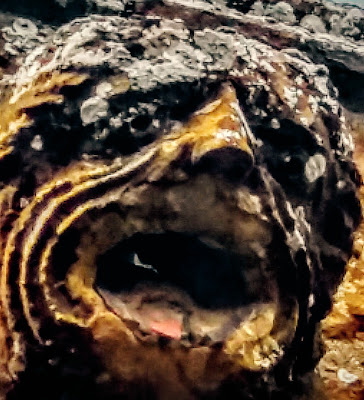 “The demon entered my house at midnight. I was sitting by the fire place smoking my briar pipe by myself having read my bible for much of the evening. I first became aware of his presence when the smell of sulphur and burning tar began to fill the room strongly. As he appeared from the shadows his red blazing eyes stood out like points of fire in the front room of my cottage. He was of a great size and his shadow quite filled the small and humble interior of my home. His clawed feet scuffed against the dirt floor and his leather wings rustled in the silence. I offered him the use of a spare clay pipe which I had in my possession. He nodded gratefully and taking the pipe he began to smoke. He seated himself in a wooden settle close to the fire place. The settle groaned and creaked under his immense weight and burning sparks flew from his eyes to pop and fizzle upon the floor at his feet.

I questioned the demon for many hours on all manner of matters in heaven and earth. Sometimes he would answer me at other times he would simply cackle horribly and draw his claws across the stone wall. He revealed to me that his name was Chyndonax and he was accompanied by a small dog whose name I cannot recall. He made words and letters appear in the flames of the fire. He told to me the date on which the King would die and that soon we would have war with the Dutch. It was he who commanded me to kill Farmer John Hopkins. The demon told me that my orchard would prosper if I did. 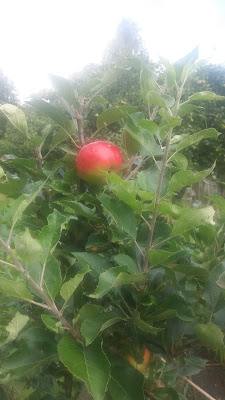 I took my cloak from its peg by the door and drew it across my shoulders for the night air was chill. Opening the door to my cottage I set out across the fields to the Hopkins farm taking with me a lamp on a pole to light my way and a curved sickle that the demon had instructed me to take. When I left the demon was still smoking the clay pipe that I had given him and drinking a cup of small beer. The night was quiet save for the screams of a vixen that I heard in the woods and the lowing of cows as I passed by. When I reached the Hopkins farm I tried the front door and found that it was unlocked and I opened it. Some red embers still burned in the fireplace but the house was silent. I climbed the stairs to the bedchamber of Farmer Hopkins. As a child I had played in the farmhouse and knew its plan and shape. Carefully I tried the door of the bedchamber and shone a light into the gloomy scene. Farmer Hopkins was asleep in his bed and his wife lay beside him. Treading carefully to the bed I awoke him with a word and as he sat up in bed I drew back the sickle and cut his throat with it.

His wife woke with a start and commenced screaming. I paid her no mind. Seizing Farmer Hopkins by the ankle I pulled him from his bedsheets and affixed a rope to him. Thus he was drawn out from his bedchamber and taken out of his house bleeding and choking. I heard a great commotion in the house behind me but continued in my labours steadily pulling Farmer Hopkins behind me in the manner of a cart horse across the fields to my own property. When I reached the orchard I drew his body to the foot of the greatest apple tree that stands there and laid it down. To complete my night's work I severed the head from the body by hacking with the sickle until it was done. The body I hauled up high into the tree by its feet by means of a rope thrown over a strong limb. Thus the blood did drain through the tree and into the ground granting fertility as the demon Chyndonax had promised that it would. His head I set at the foot of the apple tree to watch over the orchard and act as guardian to my many fruit trees. I recall that Farmer Hopkins was partial to my apples and that I had shared them with him on many occasions. I considered how content he would be to grant fertility to their spreading boughs and bedeck them with many ripe apples. 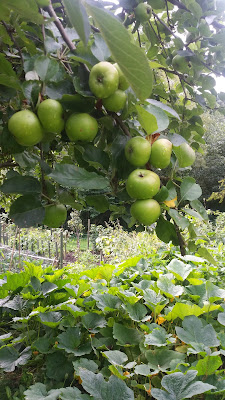 When I returned to my cottage to tell the demon that I had completed the task that he had set me I found that he had departed. His clay pipe lay smoking upon the table edge and the fire had burned low in the grate. I took a draught of strong wine from a flask for I had a great thirst from my exertions. I threw more wood upon the fire and cut myself a piece of meat pie that I had stored in a cupboard. It was then that the door of my cottage was thrown open by a group of my neighbours. They seized me and bound me with strong ropes as the wife of Farmer Hopkins looked on weeping and crying greatly. I explained to them that the killing of Hopkins was dictated to me through the visitation of the demon but my words fell on deaf ears. They conveyed me by horse and cart to the town where the sheriff was roused and I was placed in a stone cell. It is here that I now reside as you know and from which I write this account of my actions of February 28 in the year of our good lord 1666. I tell no word of a lie in this paper and request that a search should be made for the demon named Chyndonax and that when he should be found that he should be closely questioned so that my story might be believed and understood.
Yours in God's faith,
Matthew Mortlake
September 3 1666.” 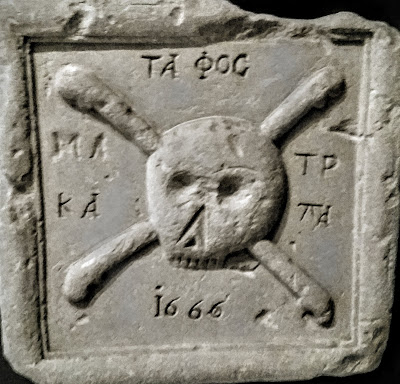 Justice Lee laid the parchment down upon his desk with a weary sigh. For nearly six months Matthew Mortlake had been kept imprisoned in solitary confinement for fear that he might kill one or more of his fellow prisoners. He had been questioned on the subject of his heinous crime over and over again by many interrogators but still his story remained the same. All attempts at revealing the true motive behind the vile killing had failed until all involved agreed that the man was simply mad. Greed, avarice, lust, the pursuit of money or revenge were common enough reasons to explain the vast majority of crimes that were laid before him. For Justice Lee desperation and poverty were also familiar enough motives for lawbreakers but this madness? The cold blooded murder of a friend and neighbour because a demon named Chyndonax had claimed it would make the apples grow in plenty? There was nothing for it but the man must hang for his crime, be he sound of mind or no. Lee stared distractedly through the diamond paned windows at the delicate pink roses that tremored outside in the afternoon breeze.


His moody reverie was broken by a sudden and urgent knock on the oaken door of his study. “Come,” he called loudly and the door was opened revealing his housekeeper Mrs Taylor. “I am sorry to disturb you at your work Justice Lee but something has been left for you.”“Left? What was it Mrs Taylor?” Mrs Taylor produced a dish covered with a linen cloth in her right hand and a sealed envelope in her left. “I found these on the kitchen table when I came back from the well. The letter is addressed to you. But I saw nobody and spoke to nobody. Only there was the most peculiar smell in the kitchen, like burning sulphur or tar. Most strange indeed. Quite a mystery to be sure.” Justice Lee took the letter from the housekeeper as she lay the covered dish before him.
Opening the letter he read its brief message, “Have pity on poor Mr Mortlake for the man is only a simple servant of my house. He follows my commands and is dutiful and obedient. And truly the apples in his orchard have prospered this year. Try them for yourself they are most sweet and wonderfully tart,


Justice Lee frowned with anger and irritation as he laid down the letter and turned to Mrs Taylor.“Tell me Mrs Taylor what dish lies beneath the cloth?” The housekeeper pulled back the linen and inhaling the fragarant aroma rising from its contents replied, “Why Justice Lee I believe it to be an apple pie with a perfectly baked golden crust. My goodness it smells delicious! And see it has been most cunningly decorated with a word in pastry. Chyndonax. Now, what one earth can that mean?” 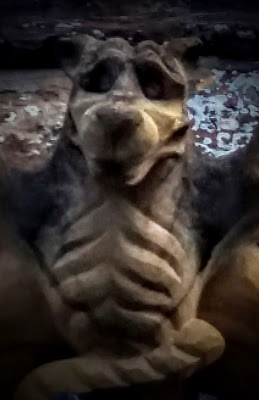